Artist statement: My piece depicts the Greek gods Zeus, Hades and Poseidon, the three brothers who divided up the world between them, each taking a piece to rule. However, I have chosen to represent them as female. Even though there are women in power in Greek mythology, the most powerful roles are always held by men. This is reflected in our modern-day society. Women do now hold positions of power, but our CEOs and world leaders are still overwhelmingly men. The three gods are depicted with elements representing their dominions. Hades, the central sister, has three heads, representing Cerberus, the hound who guards the gates to the underworld. Two of her heads also look toward her sisters, who rule over the sky and sea. 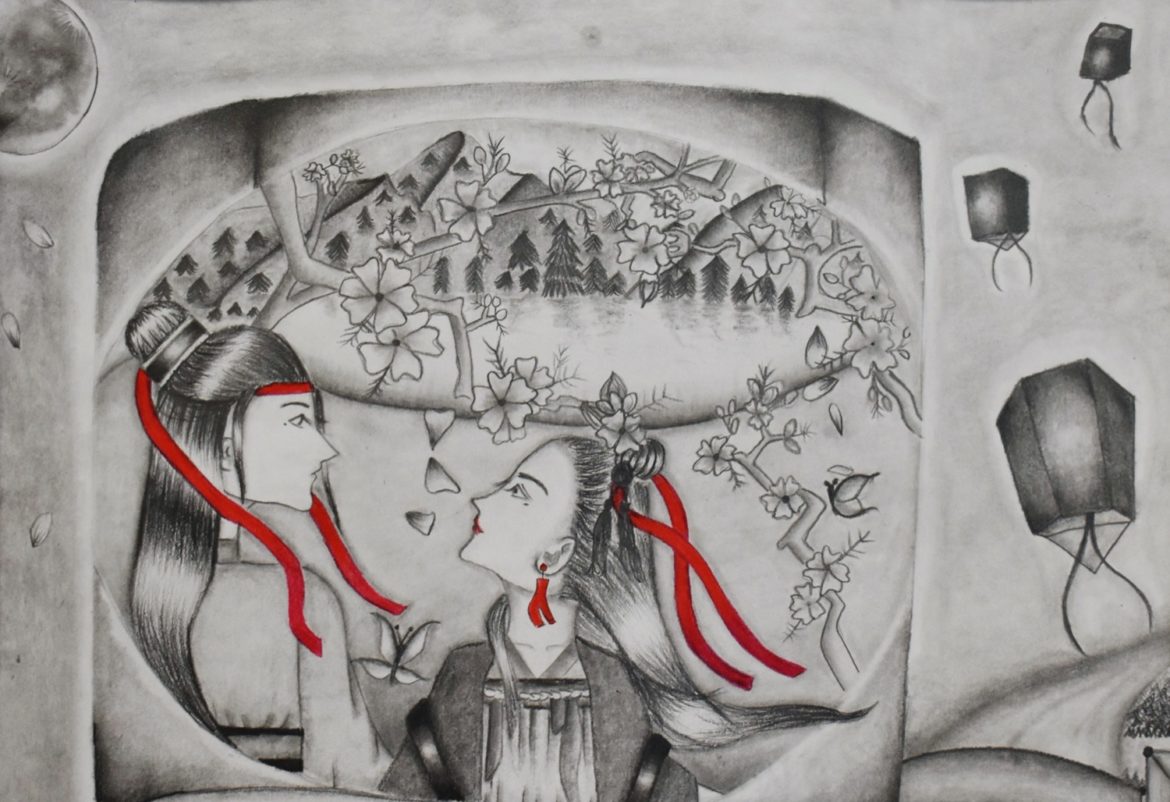