Medium: Oil and Acrylic on canvas

Artist statement: My work comments on aspects of Western and Eastern medicinal practice. There are many in the Western medical fields that seek to debunk traditional Asian practices that have been practiced for centuries. Our Western Society’s standards and its forcible nature, manipulates many to impulsively criticise those who do not comply e.g. East Asian culture where ‘animal abuse’ is conventional behaviour of survival. My work compares the two societies and the issues of animal abuse for reasons of scientific and suspicion in the medical industry; more specifically the issue of Bear Bile farming across Asia and Animal testing, commenting on these unnoticed double standards.

The golden stars against the burgundy background represent the East Asian Communist regime where every star represents 1000 bears who are suffering from animal abuse in these bear bile farms across Asia. This bear bile is extracted from the paw and conventionally stored in bottles .

On the other hand the dark aquamarine background behind the gloved hands and the medical equipment represent Western society and it’s medical industry where over 300,00 lab rats and other animals are being tested each year for our health.

The proximity of the two subjects contrast each other and symbolise Eastern and Western society where the large moon bear commonly a symbol of strength and power, similar to eastern society contrasts with the small rats conventionally small but diligent, intelligent and influential similar to Western society.

My Asian heritage has exposed me to what Westerners may view as strange concoctions and beliefs that my culture has valued for generations. My work aims to comment on these to contrasting and contradicting behaviours of western society towards eastern society and provide an insight on the animal abuse that occurs universally in hopes of preventing quick judgement and evoke a reaction.” 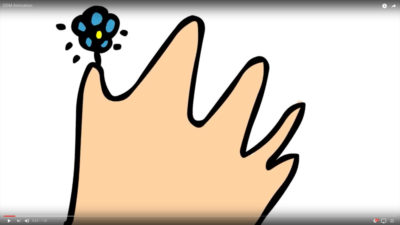