Artist statement: The name ‘Defiant’ comes from the papers defying the laws of gravity. I made them this way because of an anime I watched about an academy filled with magic. This led to the idea of making something seem boring but adding the impossible in order to surprise and attract attention. Making the subject appear tired from all his school work was achieved through the careful use of lighting to illuminate one side of the model’s face. Since my image was an example of staged photography and influenced by Jeff Walls’ work, I posed the model to act worn out and attached paper to fishing line so it would appear to float, later removing the line in Photoshop. I also used the camera raw filter to adjust the temperature, shadow and highlights. 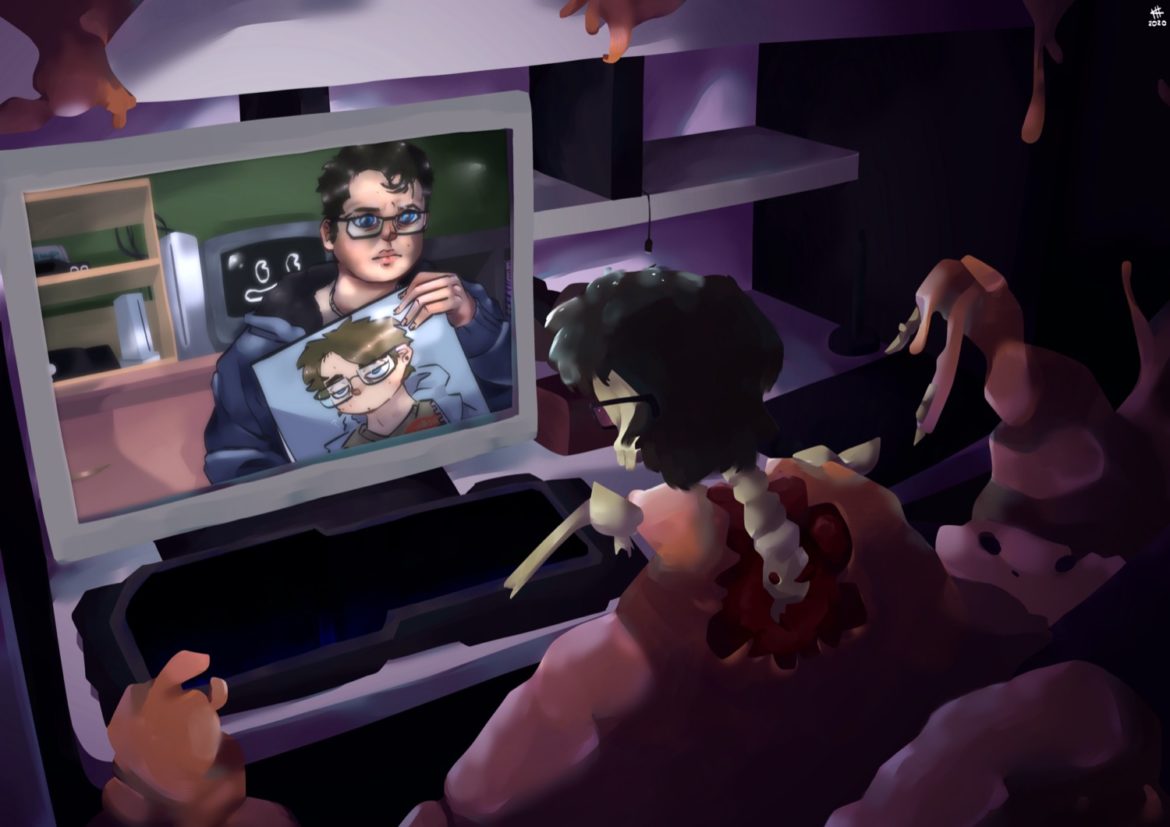